A huge thanks to the players of Blewbury Brass Band for their amazing efforts at the Thanksgiving concert. A packed audience was entertained by a selection of American favourites including Stars and Stripes Forever, An American Trilogy and Mack and Mabel. We were also treated to solos from our horn player Alice, and principal cornet Lewis. Our Learner Band gave a memorable performance of Tequila, joined by our young players from Blewbury School.

The band said a fond farewell to its flugel playing legend, Martin Holliss, who made his ‘final’ performance with us. Martin played the solo Under the boardwalk which he dedicated to Jag Cook, who sadly passed away earlier this month. Ian presented Martin with a long awaited award for the band’s ‘Players’ Player’ of the year, an award that was first founded by Jag himself.

We would like to thank: all our helpers on the night; Ray Goodwin for a fabulous lighting show; our band deps, Colin and Jason; and, of course, our fantastic audience! The proceeds for the evening will be split between the band, and the Blewbury Youth Brass tour to Germany next year. Your support is very much appreciated.

We look forward to seeing you all at our Christmas engagements over the coming weeks. 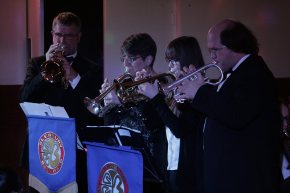 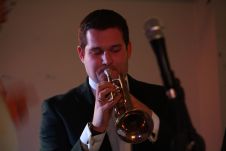 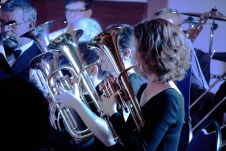